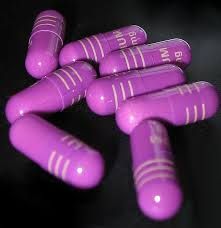 When I lost my voice for three months last year, I was forced to host 20 comedy shows per cruise sounding like Kathleen Turner. This confused the hell out of our guests because I look like Ellen DeGeneres.

So, in order to give Željka hope that I would soon be spewing my “idiotic bull crap” at full volume again, I went down to the infirmary to get checked out. After poking a flashlight the size of a pop bottle down my throat, the ship’s physician told me I had strained my vocal chords and suggested I refrain from all unnecessary talking.  Vocal rest, the good doctor assured me, would be the key to my recovery. Unfortunately, as anyone who knows me will testify, I’m incapable of telling the difference between necessary and unnecessary talking. My mouth has four gears: “Lecture,” “Rant,” “Jeremiad” and “Filibuster.” There is no “Rest.” Even with laryngitis, I make David Lee Roth look Like Marlee Matlin.

After a month of taking enough antibiotics to make my tongue look like a slice of moldy Wonder Bread, gargling enough warm salt water to grow gills, sipping enough hot tea and honey to stop raising eyebrows whenever I waddled into the staff mess wearing my “Winnie the Pooh” feety pajamas, and writing down everything I needed to say offstage into a notebook like Max von Sydow’s character in Extremely Loud and Incredibly Close, there was no improvement whatsoever with my voice. So, although the doctor wasn't thrilled with the idea of my being able to babble on and on and on about nothing again, he offered me two choices:

Since I didn't want to compete with old pros such as Glenn Beck and Sean Hannity, I selected Option Two.  The following Tuesday, the port agent escorted me to an Ear, Nose and Throat clinic in St. Thomas, where I took a battery of tests which culminated in the pleasant experience of having the specialist— his “specialty” being advanced interrogation techniques at Guantanamo—snaking a fiber-optic camera up the size of  a Twizzler up through my nose, on through my nasal cavity and down into my throat to take a peek at my vocal chords.

Mistaking my gasps for air for curiosity, he kindly allowed me to watch the camera's journey on a high-def video screen. Ordinarily, I would have been too squeamish to explore my own throat via Nostril Cam but I recently started watching reruns of “Here Comes Honey Boo-Boo,” so I can handle anything.

Sure enough, my vocal chords were bright red. What was left of them, that is. Turns out, I had undetected Acid Reflux Disease and my stomach had spent the previous few months shooting acid up through my esophagus, splashing it all over my beleaguered vocal chords and, basically, incinerating them. (The official medical term for this condition is “twerking.”)

After my exam, the specialist wrote me a prescription for Prevacid and gave me a long list of food and beverages I have to stay away from: “OK, Jeffrey: no beer, no wine; no Coke, no Pepsi; no orange juice, no grapefruit; no chicken wings, no hot sauce; no chocolate, no mint…”

“OK, it's your life. But no arsenic, no chlorine, no strychnine….”

A year and four visits to the clinic later, I finally have my Acid Reflux Disease under control and my voice is as loud and clear and strident and grating and annoying as ever. After going in for a checkup this past Tuesday, turns out the only things I've been doing wrong are lying down after I eat, eating right before going to bed, and eating anything cooked on the ship since our Indian chefs can’t seem to serve so much as a bowl of sliced peaches in syrup without adding enough curry to power a nuclear sub.

Fortunately, I have enough Prevacid to last me while on vacation for the next two months. Of course, if I run out, I can always borrow some of my Dad’s Nexium like I did the last time I was home. We never went hunting or fishing when I was a kid; but, now that I’m in my late 40’s, we’re making up for lost time in the bonding department by sharing prescription medication.

That’s how much my parents love me. They’re willing to help me control my Acid Reflux Disease when it’s the only thing in the past 48 years that’s been able to shut me up.