Shut Up and Laugh! 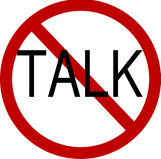 My main duty as a comedy club manager is to monitor table talk and heckling during a show. The reason “policing the room” is so important is because stand-up comedy is a delicate art form. In fact, the only thing more delicate than stand-up comedy is the ego of a tipsy redneck who thinks stand-up comedy is neither delicate nor an art form. That means I constantly have to be on the lookout for potential disturbances that can interfere with a comedian’s performance. A skilled comedian’s punchlines are so precisely timed that distracting him for even a second can cause the funniest joke in his act to become painfully unfunny and then, before you know it, Larry the Cable Guy’s doing it on TV.

They say that dying is hard but comedy is harder. Harder still is trying to get cruise ship passengers to shut the hell up for half an hour. The difference between a well-rehearsed joke killing or dying can be caused by the slightest change in the inflection or pronunciation of a single word in the setup or punchline. Believe it or not, a comic can’t concentrate on the nuances of delivery if his inner technician is being drowned out by a bachelorette party seated ten feet from the stage arguing over who has the classiest tramp stamp.

So it’s my job to go from table to table begging the self-centered and inebriated to act like grown-ups for thirty short minutes. But, on a cruise ship, where guests have paid a pretty penny for the privilege of being obnoxiously drunk in public, getting them to give their respect and attention to a professional entertainer is sometimes a mission even “The Expendables” would turn down.

That’s why the average audience member gets defensive when I shush them. Rarely does anyone ever apologize for getting caught up in the moment and not realizing how loud they’re being. Rarely does anybody say, “Oh, I’m sorry. This is my first time in a comedy club. So when I heard your offstage announcement asking me to keep my table talk to a minimum, I thought you were joking. And so when the comedian onstage told me to pipe down and the entire room erupted into thunderous applause, I thought he was joking. And so when the table of half-deaf blue-hairs in front of me turned around, screamed ‘Shut the @#$% up!’ and started pelting my abnormally sloped forehead with gin-drenched ice cubes, I thought they were a geriatric flash mob. It never occurred to me that I’m not actually supposed to chit-chat at full volume while others are trying to enjoy a professional comedy show. Thank you, sir, for inspiring me to become a better—and quieter—person. I beg you to reach deep within your heart and find the mercy to forgive me for breaking the unwritten social contract of “he talk, me listen” which has existed between a boat act and his audience since time immemorial. Now may I please have a glass of water to take my lithium with?”

Actually, nobody ever says that.

Instead, they say: “What do you mean I can’t talk in a comedy club? Oh, so only the comedian is allowed to talk, is that right? I’ve never heard of that before. What is your name, sir? I’m going to have you hung, drawn and quartered for ruining my cruise and scarring my soul with your unreasonable and unthinkable demand for silence during a live presentation in a theatrical setting! How about crying—is crying OK in a comedy club? Because that’s what I feel like doing now that you've embarrassed me in front of my equally drunk and inconsiderate friends by politely and gently reminding me of a policy you clearly mentioned a dozen times in your preshow announcements!”

Although I can understand somebody not knowing how to behave in a comedy club, what I can’t understand is how a grown adult can argue with somebody who works someplace about something only a person who works at that place can possibly know anything about. I was raised Catholic. Not once did I have to take off my shoes or put on a yarmulke upon entering my church. Therefore, it wouldn't occur to me to take off my shoes before entering a Buddhist temple, just as it wouldn't occur to me to put on a yarmulke before entering a Jewish synagogue.  But even though I’m not a religious person anymore, I wouldn't think twice about losing my shoes or wearing a yarmulke upon entering another’s house of worship. I’m a guest on their turf and, therefore, good manners dictate that I respect their traditions and customs without question. You’ll never hear me say to a rabbi, “Sorry, dude, but I put a five-dollar bill in the collection box before entering, so that means I paid to be here, Chuck. And since the customer is always right, I’ll waltz into this dump wearing a Nazi helmet and a Speed-o if I want to. A man wearing a yarmulke in a synagogue? I’ve never heard of that before.”

Policing the room is normally much easier in a land-based comedy club. At my home club, Hilarities 4th Street Comedy Theater @ Pickwick & Frolic, in downtown Cleveland, there’s always a showroom manager and anywhere from two to six ushers in the showroom at any given time. The moment customers start heckling or chatting too loudly, Usher #1 goes over and says something. If the behavior continues, it’s Usher #2’s turn. If that doesn’t work, the showroom manager asks one more time—very politely—for the customers to settle down, sometimes handing them a business-card-sized note explaining the club’s No Talking / No Heckling policy. If that doesn’t work, the showroom manager radios for backup in the form of an off-duty uniformed policeman, who then escorts the guests out of the showroom. The guests then have their choice to continue their conversation out in the martini bar or upstairs in the restaurant. If, however, they give the cop a hard time, they can continue their conversation in the back of a squad car.

In the Punchliner, on the cruise ship I've called home for the past five years, it’s just me. What the showroom manager, doorman, ushers and off-duty police officers at Hilarities do in unison, I do all by myself.

The only thing I don’t do is put talkers into the back of a squad car.

Instead, I just throw them overboard.

Getting thrown overboard for talking during a comedy show? I bet you never heard of that before.