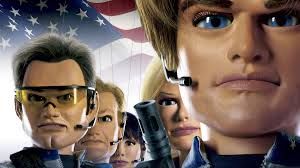 One of the first things guests ask me is, “What’s an American like you doing working as a crew member on a cruise ship?”

My stock answer is: “I’m not a crew member. I’m actually the president of the cruise line, taping an episode of ‘Undercover Boss’.”

Almost every American on our ship works in the Entertainment Department. Our cruise line learned the hard way that we Americans are much more entertaining than, say, Croatians:

“OK, everybody, it is time to play da trivias: ‘What country is so stupid dey turned ‘Here Comes Honey Boo’ into a ratings bonanza?’ Dat’s right: America. You win—have another Twinkie, Fatso!”

You won’t find many Americans working down at the Guest Services desk. Sarcasm doesn’t play well with weary travelers:

“Excuse me, but is there a charge for the items in my mini-bar?”

“Of course not, ma’am; we’re a cruise line. We would never nickel and dime our customers. Why would we a buy a bag of Skittles at Wal-Mart for fifty cents and then charge you six bucks for it when you return from the casino at 2:00am drunk and depressed?  And don’t forget to order a bucket of beer at the pool bar—that crap’s free, too, lady!”

Instead, you’ll find plenty of South Americans, South Africans and Eastern Europeans. They possess a knack for answering stupid questions with a straight face which Americans lack:

“Excuse me, but we've got these annoying whooshing and slapping sounds coming from the other side of our cabin wall.”

“Yes, sir, I will call the captain and ask him to pop a wheelie all the way to Cozumel.”

You’re not going to get that degree of cooperation from “Ramona,” recently fired from K-Mart for sucker punching a disgruntled shopper:

“Excuse me, but there’s this weird sewage smell in the hallway down on Riviera Deck. Could you send somebody to look into it, please?

“How do I know it ain’t your stanky ass that’s stankin’ up the hallway? When was the last time yo greasy, country ass took a shower? And even if it is backed-up sewage you is smellin’—that’s what you get for bookin’ a last-minute super-saver fare on the Internet instead of findin’ a real job and payin’ for a real cabin. If yo cheap ass could afford a balcony maybe you’d be smellin’ salty sea air instead of yo own sweaty, funky-ass ass funk, fool! You don’t like how the hallway smells on the budget deck; spend your vacation at KOA next time, punk!”

No matter how ridiculous your complaint is, our non-American Guest Services personnel will find a way to pacify you. If you complain about the size of the pineapple slice garnishing the rim of your nine-dollar piña colada, fifteen minutes later a Filipino with a trolley will bring a fifty-pound pineapple wedge to your cabin:

“Dees pineapple for you, Madame.  Pineapple dees big keep your mouth busy so you can’t bitch no mo’!”

The best thing about cruising is you can leave your dirty dishes wherever you want and no one will say a thing.

At least not in English.

In fact, that’s the real reason you don’t see more American crew members on a cruise ship: most cruise lines realize that, if a foreign crew member sees you leave a dirty dish on the staircase, he’ll pick it up for you. But if an American crew member sees you leave a dirty dish in the middle of the stairs, he’ll say, “Really, Bubba?! That’s where you’re going to leave it? Where someone can trip, fall and break their neck?! Shame on you, you lazy slob—pick that crap up and put it on that counter over there before I slap the hell out of you the way your mama should have thirty years ago when you were just a pint-sized lazy slob leaving your Ho-Ho wrappers and Yoo-Hoo cans all over the double wide so your daddy could home drunk, trip in the kitchen, hit his head and die in a pile of filth, leaving you without a proper male role model to teach you how to clean up after yourself like a damn human being!”

So the next time you find yourself on a cruise ship feeling more important than the other 4,000 passengers on board, be glad the crew doesn’t speak English well enough to argue with you.