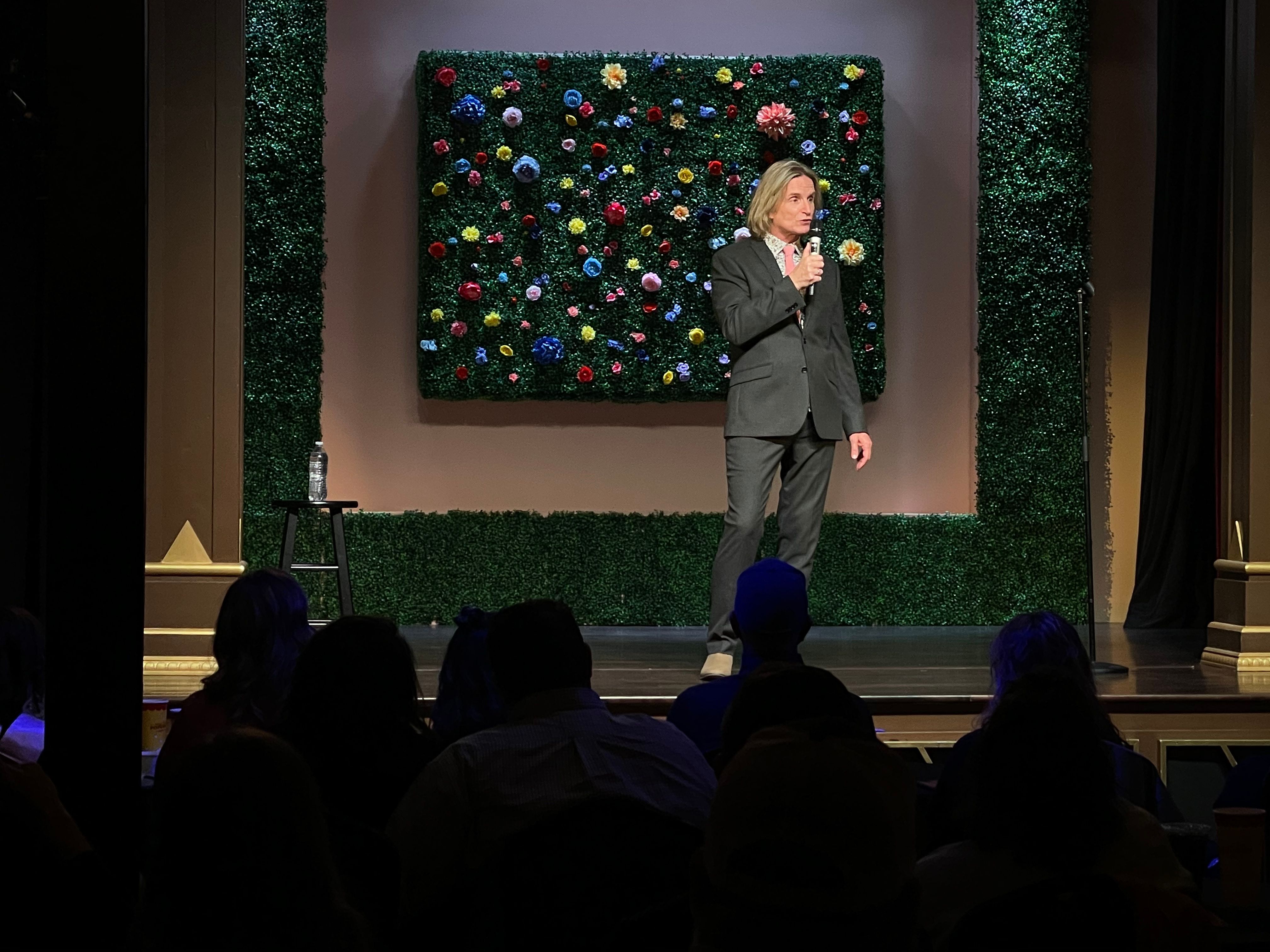 Depending on what kind of hair day he’s having, Jeff can be the girliest man at Home Depot or the manliest man at Bed, Bath and Beyond.

Jeff is a former linguist for the Army, a former staff writer for American Greetings, a former comedy club manager for Carnival Cruise Line, a former humor columnist for Cleveland's SCENE Magazine and Buffalo's Artvoice, and the author of The Fun Dude's Guide to Cruising: A Humorous Handbook for Taking Your First Cruise and Living to Complain About It, available on Amazon as both a Kindle e-book and paperback.

This former opening act for Michael Bublé’s signature style of stand-up can best be described as “clean and clever comedy with a kick.”

In fact, Jeff’s reputation for destroying a room without having to put a dollar in the swear jar has made him an in-demand corporate and cruise-ship comedian. An event coordinator at Amazon headquarters in Seattle wrote, “Jeff Shaw was hilarious, professional, kind, and easy to work with. I would recommend him to anyone looking for an overall amazing entertainment experience.”

In March of 2020, Jeff beat out thousands of contenders to win a spot for Season 15 of America's Got Talent. Although Jeff was crushed to learn that only snippets of his standing-ovation appearance in Pasadena would go to air due to the pandemic’s impact on AGT’s production schedule, he was thrilled to see his On Tour Records release Jeff with Two F's reach #1 on iTunes and Amazon less than a year later.

Comedian Jeff Shaw: clean and clever comedy with a kick!