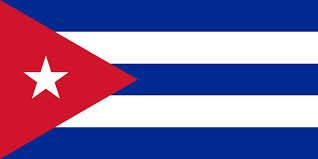 Last cruise, we rescued 40 Cuban refugees in a small, rickety watercraft which had been adrift at sea for over two weeks. We fed them, clothed them, and gave them medical attention. They are now proud members of our Housekeeping Department.

Just kidding. The bean counters in Miami would never authorize the extra uniforms.

We tried offloading our unexpected guests in Montego Bay, Jamaica, but they took one look around and said, “Screw this dump—take us back to Cuba!”

That’s exactly what happened, too. Three days after the rescue, our Captain announced we'd been ordered to turn over our Cuban visitors to the U.S. Coast Guard in International waters via vessel transfer. According to U.S. law, Cuban refugees who reach U.S. soil are allowed to stay in the country. Those who are intercepted at sea are returned to Cuba. Can you imagine being rescued after 15 days at sea with little food and water and no cover from the elements only to be told you were being sent back?

It’s a bittersweet feeling to know that you've saved somebody’s life only to return them to a life they so desperately wanted to escape. And that’s how most of us crew members felt for the first day after the rescue. But by day two we were like, “Where the hell is the Coast Guard?! We want our Crew Bar and Crew Internet Lounge (where the refugees were billeted) back!”

Although it’s natural for human nature to creep back in after the adrenaline of a crisis wears off, this doesn't lessen the emotional impact of the rescue. It was quite a dramatic event. Once our cruise director made the announcement that the nighttime rescue was in progress, hundreds of crew members and guests crowded onto what we call the Lanai Deck to watch the little boat packed with waving and shouting Cubans bob up and down in the rough sea, the laser- bright beam of our ship’s searchlight making it look like a scene from a movie. We all cheered as the Captain, using our thrusters, positioned the ship so that the refugees’ boat gently kissed our starboard side as Security opened the gangway doors on Riviera Deck. Guests applauded in relief when they saw the refugees being led out of the boat onto our ship. What they didn't see were all the overworked crew members who tried to escape into the boat:

“Let me out of here—If I have to make one more towel animal for a demanding and unappreciative American guest I’m going to kill myself! Cuba, here I come!"

If you were to work on a cruise ship for one day, it wouldn't take you long to see how stupid some guests can be. Last cruise, some guests actually went down to Guest Services and complained that, since we interrupted their vacation in order to rescue Cuban refugees, they should be monetarily compensated. They felt that we had endangered their lives by bringing “potential Somali pirates” aboard and therefore they felt entitled to a free cruise.

First of all, maritime law commands us to assist any vessel in distress and to embark its passengers if that vessel is no longer seaworthy. Secondly, how exactly do 40 dehydrated Cubans pose a danger to 4,500 drunken Saints fans from New Orleans? Thirdly, we're  several thousand miles away from the coast of Somalia. Besides, even if Somali pirates were to board our ship, we'd put them to work immediately:

We are Somali pirates! Take us to the Bridge!

No—you’re going to swab Lido Deck just like the schedule says! So put down those rifles and grab a mop, you lazy bastards, before I put my big Guatemalan foot up your skinny African asses!

Oh, did we say Somali pirates? We meant to say Cuban refugees—take us to the Crew bar instead!

I’ll tell you how we should have compensated these people: we should have kicked them into the Cubans’ rickety piece-of-crap boat and then told them to drift aimlessly without food and water until another cruise line stops to pick them up: “I’m sure just about every line will pass you eventually, so take your pick!”

With any luck, the Cuban Coast Guard would pick them up and return them to Idiot Island.